AdvaCare is a CE, ISO and USFDA manufacturer of HIV Test Kit.

AccuQuik HIV test kit is a chromatographic immunoassay for the qualitative detection of antibodies raised against human immunodeficiency virus in human serum, plasma or blood. The HIV test kit requires a blood sample and takes approximately 15 minutes to provide a result.

If the test shows an HIV positive result a further test involving western blot analysis will be needed to confirm the result. In the case of a positive result, one should consult with a doctor to consider the first stage of treatment. The HIV diagnostic test kit has been shown to be accurate in 99.4% of cases, clearly demonstrating its reliability. Certain medical factors may influence the result of the test, for instance, if one is pregnant, allergic to medicines, or taking other medication, then a doctor should be consulted before taking the HIV test.

Human Immunodeficiency Virus (HIV) causes Acquired Deficiency Syndrome (AIDS). HIV is a retrovirus which means the virus is able to replicate inside the host cell through a process called reverse transcription. This allows the virus to incorporate itself into the hosts’ genome, which results in the production of the viral proteins needed to assemble new copies of the virus. The genes that allow the virus to replicate have a high rate of mutation, causing difficulties developing drugs to tackle the virus.

HIV weakens the immune system by destroying T-helper cells, which are key components of the immune response to infection. The virus is transmitted via body fluids for example through unprotected sex, blood transfusions, pregnancy, and contaminated needles.

Signs of HIV infection/AIDS symptoms
Occasionally flu-like symptoms are experienced within the first month following infection, followed by an asymptomatic state. This could be signs of HIV infection that has not yet progressed to AIDS. Symptoms of AIDS include fever, sleep sweats, tiredness, weight loss, and swollen glands. Once AIDS has developed the infected individual is susceptible to illness due to a weakened immune system. Common infections include Kaposi’s sarcoma, mental changes, shortness of breath, dementia, malnutrition and chronic diarrhea.

There is no vaccine for HIV/AIDS, however, there are recommendations to prevent transmission and contraction of the disease. These include the use of condoms and water lubricants, and not sharing needles. In addition, while there is currently no HIV cure, advances in treatment have made it possible for people with HIV to live long and healthy lives.

There are two types of HIV – HIV-1 and HIV-2. The two types are very similar, with both causing clinically indistinguishable AIDS. Evidence suggests HIV-1 is more easily transmitted and the period between the initial infection and illness is shorter for HIV-1.

HIV has been classified as a global pandemic with over 40 million deaths to date. The virus is particularly prevalent in sub-Saharan Africa, with those in South and South East Asia also highly affected. Many individuals are unaware of their status, contributing to the transmission of the disease. 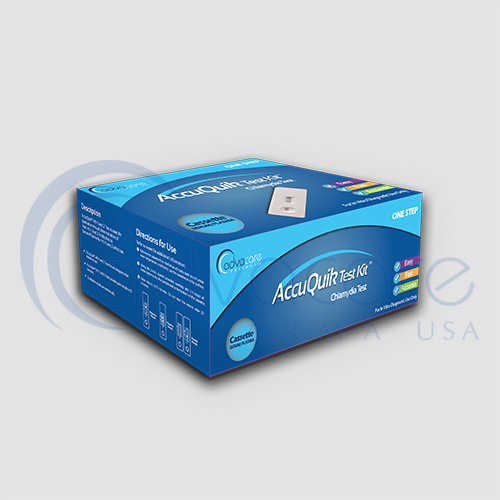 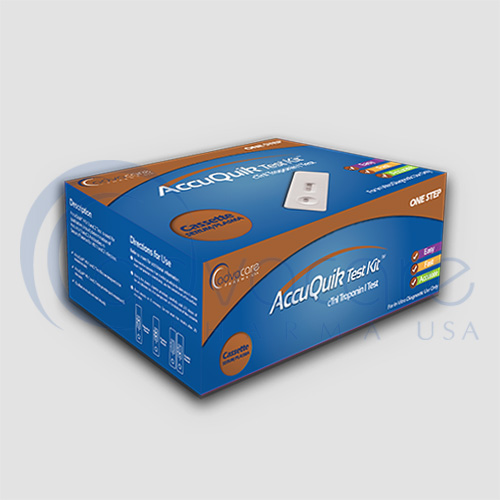 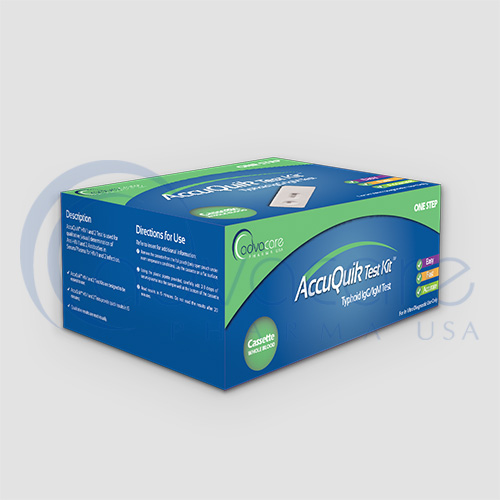 Allow the test kit to reach room temperature (15-30°C) prior to testing.

Bring the pouch to room temperature before opening it. Remove the test cassette from the sealed pouch and use it within 1 hour. Place the cassette on a clean and level surface.

For venipuncture whole blood specimen: Hold the dropper vertically and transfer 3 drops of whole blood (approximately 75μL) to the specimen area, and then add 1 drops of buffer and start the timer.

Wait for the colored line(s) to appear. Results will appear in 10-12 minutes.

Interpretation of the results after 20 minutes is not recommended.